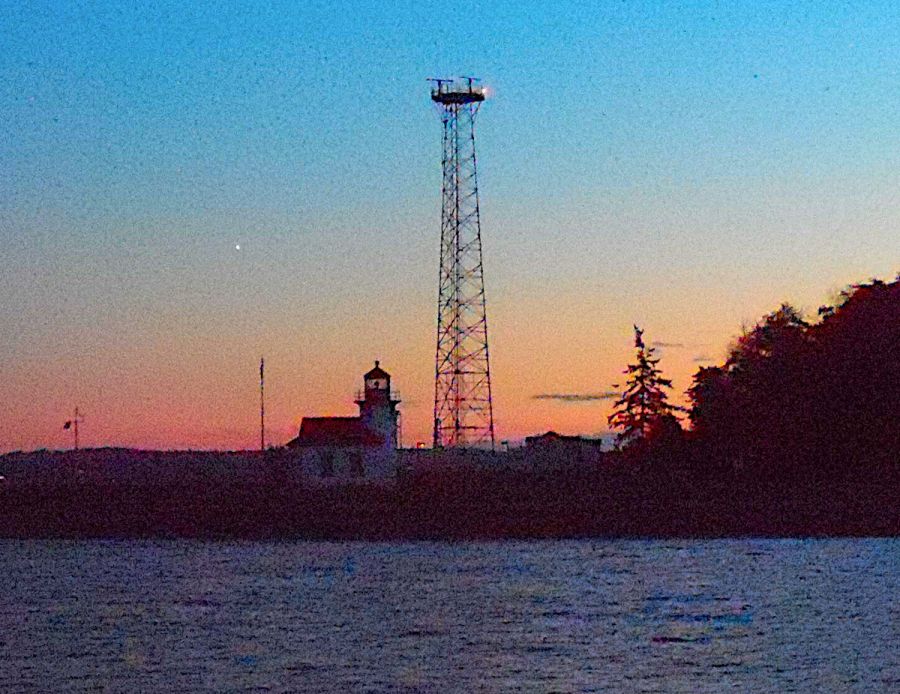 The first Aid To Navigation at Point Robinson was a
fog signal dedicated on July 1, 1885. In 1887 a Post
Lantern with a red lens was installed on a 25 foot tall
post near the fog signal. A wooden tower was built in
1894 to raise the light to 31 feet to aid vessel traffic
from the south. The current lighthouse was built in
1915 that raised the light to 38 feet. The lighthouse
and fog signal was automated in 1989 and modern
optics were added in 2007. The original Fresnel lens
remains in the lantern room.