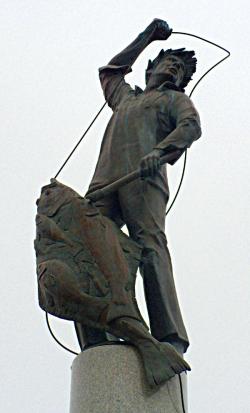 What does a Lutefisk Eating Contest, Japanese Drummers, International Guild Of Knot Tyers, the U.S. Coast Guard, Wooden Boat Building and more seafood than most people can dream of have in common??

Fisherman’s Terminal was alive Saturday October 4, 2014 with kids of all ages from very young to WW II veterans, entire families out enjoying a great weather day and activities for every interest.  The International Guild of Knot Tyers (yes that is a real group), the Pacific Americas Branch had a booth with hundreds of fancy knots, demos on how to make a door mat or make your own Turk’s Head  bracelet.

Wooden Boat building for kids of all ages making model boats.  Balloon Sculpture, Face Painting, you could learn about the Nordic Heritage of the area (no you did not need to be Nordic to learn), Ship Models, vessels from the Deadliest Catch were in attendance, a Trout Pond where you could catch your fresh dinner.  Also having booths were NOAA, Port of Seattle, Sea Scouts and dozens more.

U.S. Coast Guard Cutter Blue Shark in the background, behind the Coast Guard Auxiliary Booth, that looked like part of the Sea Scouts.

The Coast Guard Cutter Blue Shark was there giving tours again, there was a line at the gang plank all day, I ask one of the crew members what the count was and they said someone estimated over 1,000 visitors.  Some of the crew members participated in the Survival Suit Races, placing a very respectable third.  The Coast Guard also did a Helicopter Demo, lowering their rescue swimmer into the marina water then retrieving the swimmer.  The Coast Guard Auxiliary had a booth next to the Blue Shark, the Sea Scout’s sign made the CG Auxiliary look like they were part of the Sea Scouts, but the Sea Scouts helped set up the CG Auxiliary tent, so all was forgiven.

The Festival is a family friendly event with something for people of all ages to do.

Proceeds from the festival benefit the Seattle Fisherman’s Memorial, a fund dedicated to helping fisherman stay safe and help those that have lost loved ones. 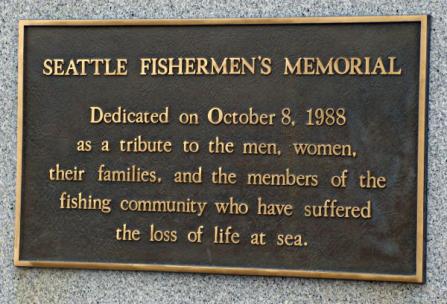 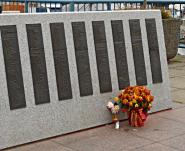 Lets not forget the over 675 names of those that lost their lives while commercial fishing.

U.S. Coast Guard Cutter Blue Shark in the background, behind the Coast Guard Auxiliary Booth, that looked like part of the Sea Scouts.

This entry was posted in Aux Activities, seattle. Bookmark the permalink.